If you are new to computers, it may be confusing. However, the CPU is the most important and common component of all digital devices, whether a desktop computer, laptop, mobile, smartwatches, thermostat, or any other. It’s generally called the computer’s brain because it does all the calculations and processing.

A Central Processing Unit, also known as the Main processor or central processor, does all the heavy lifting of the computer. It does all the arithmetic and logic calculations. It’s different from the RAM (Random Access Memory), which only temporarily stores the information, and different from the GPU, which renders all the graphics presented on the screen.

The CPU is actually built of billions of transistors combined into a single silicon chip that acts as the computer’s processor. These transistors are responsible for all the calculations and logical decisions of the computer. Minute gates are present in these transistors that open and close, which in return decode the data into ones and zeros. Everything you see on the screen, hear on the speaker, printed, or more passes through these gates.

With the advancement of technology, all digital devices are getting smaller and faster. Decodes ago, CPUs used to be very big and slow, but now they are smaller but provide incredible speed and efficiency.

How does a CPU work?

The processors (CPU) are mainly responsible for calculating and processing the information. It makes all the logical decisions and does all the tasks you tell your computer to do, from a simple typing text to complex tasks like 3D animation. That is exactly why it is called the brain of the computer.

Take typing as an example. When a user types on a keyboard, that data is provided to the processor. After successful processing, it is presented to the users. Here, the letter typed on the keyboard by the user is Input data, while what you see printed on the screen is the output data, and in-between the user giving input and seeing the output on the screen, the processing is done. All this is done in a fraction of a second. 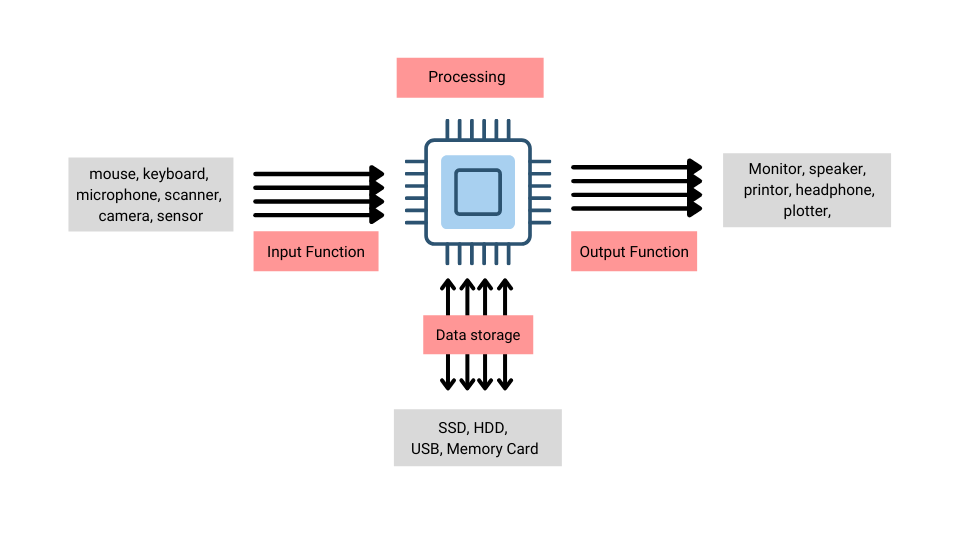 Let’s dive deep into the processor.

There are a lot of different processors designed for different systems like laptops, tablets, desktop PCs, and mobiles. However, all the processor has a few features in common that we will discuss in detail.

The most important features of the processors are:

The socket is a set of pins on the motherboard specifically designed to hold the CPU. When connected with the CPU, there are many pins that can help in passing power and data in between.

They are more common on desktop systems rather than laptops. If a CPU is not soldered to the motherboard and is connected via the socket to the motherboard, that means that it can be replaced if damaged and also, in some cases, be upgraded.

Furthermore, looking for the right socket is the most important thing when buying a motherboard because there are different sockets for different CPUs. So, if you are buying a CPU or motherboard, you need to make sure that they are compatible with each other.

How does a CPU socket work?

They are specially designed to securely hold the CPU and prevent it from damaging or failure while moving the CPU. They’re a tight locking mechanism with a lever that locks the CPU on the motherboard applying constant pressure to connect it all the time.

Lastly, the CPU and socket are both prone to extreme heat because they are made of heat-resistant material.

Getting the Right CPU?

As we all know, there are a series of sockets designed for different CPUs so that you don’t install a wrong CPU into the motherboard and damage your whole system. So, when you are buying a CPU, you should always check if your current motherboard socket can support that CPU.

There are multiple types of CPU sockets, and all of them support multiple CPUs. All the information is provided by the manufacturer.

However, you should keep in mind that if your socket physically fits your CPU, that doesn’t mean that it will support that CPU. Because the latest CPUs need more power and data, your old motherboard socket may not be able to provide that.

Here are is the list of some of the sockets supporting the current CPUs on the market.

In a CPU, a core is a processing unit. Back then, older CPUs had single cores, but nowadays, the latest processor can have up to 16 cores. Core reads the instruction to perform a specific task and does action based on that instruction. Everything you do on your computer or see goes through a processor core like typing on a keyboard, a mouse click; a CPU cannot work without a core.

A single core can run a single task at a specific time; that is why the older CPUs with a single core were much slower. A CPU with multiple cores can perform multiple tasks simultaneously, resulting in a performance boost.

A CPU with 4 cores can work very efficiently for all the normal office work these days. However, more powerful CPUs with 6, 8, and up to 18 cores available for an an intensive working environment.

There are many concepts regarding threading. For Example, threading, multiple threading, hyperthreading, and Simultaneous threading may seem the same, but they are different.

Technically, a thread is a set of instructions specifically designed for scheduling or executing the instruction independent of the whole process. A process can have many instructions and multiple threading that may execute concurrently (executing task by time-slicing) or parallel execution.

What is CPU threading?

Most of the new processor breaks the physical core into multiple threads to increase the performance and efficiency of the CPU.

Every physical core can have up to 2 virtual cores, known as threads. For Example, a dual-core processor with hyperthreading will have 4 threads. Threading helps in taking the full potential of the physical core by giving instruction all the time and doesn’t let the physical core sit idle and waste resources.

Back then, computer processors were very slow, but over time, they got faster and faster, up to an extent so that no longer RAM (Random Access Memory) could keep up the pace. This led to the invention of a new type of memory called CPU cache Memory.

CPU memories have their own hierarchy, and CPU cache memory is on top of that. It’s a part of the CPU is itself and is the fastest and closest to the CPU.

Computer memory comes in two different forms, known as SRAM and DRAM. The DRAM constantly needs energy and to be refreshed to work efficiently. At the same time, SRAM can hold data without the need for refreshing. Also, SRAM is the costliest and is way faster than DRAM.

Let’s talk about how does cache works?

In your computer, the CPU is responsible for interpreting a set of instructions. This instruction reaches the CPU through a specific hierarchy. When a user runs a program, the instruction kept in a storage device loads into the RAM (random access memory) and then CPU cache memory for the CPU to access it.

This is why; CPUs with more cache memory perform faster and cost more.

Every CPU comes with a clock responsible for addressing the number of electrical signals sent through the processor core in 1 second. This means that if you have a CPU, it will have a clock rate that will tell you how fast your CPU core can perform and execute a specific task.

To understand it further, let’s have a look at clock speed.

Every CPU clock has a specific clock speed that tells us how many cycles a CPU can execute per second. A CPU with more clock speed would have a way better performance than a CPU with a lower clock speed. From this point, we can understand the extreme importance of clock speed. To explain it further, Clock speed is measured in gigahertz, which refers to billions of cycles that a CPU can take per second.

What are overclocking and underclocking?

Underclocking: Apart from overclocking, some of the users may not need the full potential of the CPU and want to put less strain on the CPU and get rid of the heat and noise of the CPU. So, they will go for underclocking their CPU by setting a lower clock rate than the clock rate set by the manufacturer.

Noor Shahid Khan is a Software Engineer and SEO Expert. He has been producing content in technology and lifestyle niches which besides a good read also have an impact on Google search rankings surge. His content focus on balancing information with SEO but neither at the expense of entertaining read. Apart from his writing career, he is also Senior Editor at Mist Interactive. 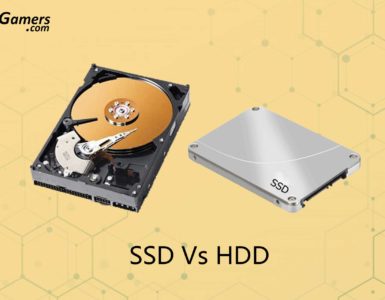 Technology has exceptionally evolved and data consumption has also increased in many ways. Thus, Demand for different smart and useful storage solutions has become the top priority. Storages devices are also getting...