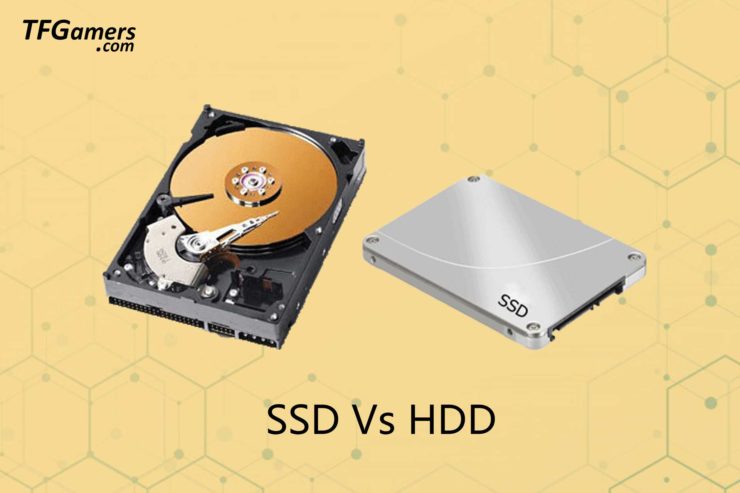 Technology has exceptionally evolved and data consumption has also increased in many ways. Thus, Demand for different smart and useful storage solutions has become the top priority. Storages devices are also getting better in terms of performance, capacity, and resilience. There are many options available in the market for data storage, but SSD (Solid State Drive) and HDD (Hard disk Drive) are two most popular and widely used storage devices. Hard disk drives uses the same old principle of magnetic data storage technology to store data while, Solid state drives are more fast and advanced.

SSD and HDD both are pretty much identical in terms of physical appearance but inside, whole a different story with speed, price, durability, etc. Here in this article, we will discuss different aspects of both SSD and HDD, to help you choose one that matches your requirements.

Term SSD stands for Solid State Drive and it’s a microchip based storage device. SSD first entered market in 1970 with a bang, making competition extremely hard for other data storage devices. Solid state drives were initially meant for temporary use but with greater speed and relatively better performance, SSDs captured huge storage devices market and competed many. Physically, SSDs include no moving part because it uses Flash memory. This aspect totally eliminates the risk of data loss. Moreover, the most exciting thing about SSDs is its fast 250MBps to 500MBps speed.

Based on different form factors, SSDs are classified in three types, M.2, PCIe, and SATA. M.2 form factor SSD devices are pretty much famous because of their size and versatility with performance. Some solid state drives are fused-in on motherboard in advance to provide speedy performance. M.2 SSDs are compact following the size of a gum stick and these devices are connected directly to to the motherboard using M.2 socket. SATA is a bus type, uses two connectors system that is used by hard driv an older data storage technology that is relatively slow in speed. Similarly, PCIe is the latest M.2 based storage devices that are slightly expensive but provides extremely great performance in terms of speed and efficiency. The PCIe SSDs are only compatible with laptops that contains M.2 connector. The PCIe SSD provides almost 3GB/sec speed.

Term HDD stands for Hard disk drive, first came in 1956 and become the most popular storage devices in 1960’s. These magnetic data storage devices uses platters, a mechanical components that performs the read and write actions. Hard disk drives are relatively in expensive when compared to solid state drives, and offers huge storage capacities. These drives are slightly slow because of disk rotation latency, takes little more time than SSDs to access data. With HDD storage drives, you can easily recover your data because of easy available tools. Moreover, the hard disk drives consumes more power than that of SSDs and also produces faint noise and vibrates while operating.

Working mechanism of hard disk drives are slightly different from the rest of storage devices. HDD uses an activator (these are magnetically sensitive platters) that is composed of read and write heads and a spinning motor with moving arm. The platters follows an interesting work flow, these platters are then classified in circles they are known as tracks and tracks further divided into logical units that are called sectors. Data arrangement and positioning is a result of sector’s and track’s outcome in a particular path. Algorithm works on data, detects and corrects errors, if any. After data correction, then is provided to nearby accessible area. Moreover, the motor with spinning arm spins with speed from 4200 to 7200 rpm, and this speed clarifies the read and write speed of a hard disk drive. Greater this speed, more faster will the HDD processor data.

Both SSD and HDD are briefly discussed above with their working mechanism and form factor etc. Its now time to compare these both on the basis of some key factors.

SSD clearly dominate the performance section when compared to hard disk drives. SSD provides faster performance and today’s latest laptop are necessarily equipped with this useful data storage devices. Multitasking experience is wonderful with SSD, you can have multiple power consuming task running in parallel. Mostly budget laptop are configured with HDD’s as they are in-expensive in terms of price, and provides pretty much a huge space to stores important data. HDD’s are useful for day to day use, office use, for student with not running power hungry programs. While if you are a programmer, designer, content creators, etc. you need to go for SSD to have a smooth working experience.

In price section, SSD’s don’t perform well as they are configured with silicon chip which are relatively more expensive than other chips. HDD is a budget friendly option yet providing your enormous space for data storage.

Solid state drives are more reliable in terms of data loss and life span when compared to that of hard disk drives. SSD will last forever if properly used, there is nothing to worry about its life span. Similarly, SSD’s are more secure in terms of data loss, they don’t get corrupted. On other hand, HDD’s lasts approximately five years not more than that. Hard disk drives are also not friendly to unwanted drops or shocks. Data loss is a major issue with HDD’s, often gets corrupted.

While comparing the storage capacities of both SSD and HDD, HDD has an upper hand over its opponent. Solid state drives are limited to TBs in terms of storage capacity while you can find HDD in HBs and ZBs, they provides enormous storage space. For greater storage capacity, these Hard disk drives mostly used in servers to store huge amount of data.

In speed comparison of the two, clearly SSD has an upper hand over HDD. Solid state drives due to their electronic interface technology provides almost six time the speed of hard disk drive. In hard disk drives, the data retrieving speed totally depends on the revolutions per minute of a disk.

Solid state drives consists of a Flash memory chips which stores your data while as, hard disk drives contains a revolving disk with an arm (Head) which reads and writes our data. SSD includes no moving part, it is composed of three key components, controller, cache, and the capacitor. On other hand, the HDD is composed of moving part in terms of disk and an arm.

Noman Ajmal is a software graduate who has an extensive experience in writing about consumer electronics. He has been writing for the last 2 years on leading blogs like TechForGamers, SegmentBlue and Laptoproute. His writing is unique, simple and precise. Apart from writing, he is a Web developer at Mist Interactive. If you are new to computers, it may be confusing. However, the CPU is the most important and common component of all digital devices, whether a desktop computer, laptop, mobile, smartwatches, thermostat, or any other... 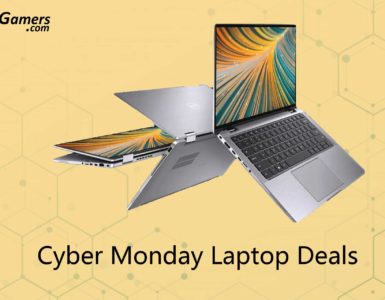